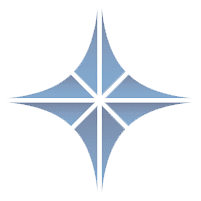 If you’re suffering from a herniated disc, you may not need surgery to manage your pain and discomfort. As a division of Providence Anesthesiology Associates, the experienced team at Interventional Pain Center offers the highest quality pain management care available in their convenient Charlotte, North Carolina, location. To schedule an appointment at Interventional Pain Center, call or request an appointment online today.

What is a herniated disc?

Your spine contains 24 bones called vertebrae. Each vertebra is separated by a rubbery disc that acts as a shock absorber and helps add flexibility to your spine. If one of your discs sustains damage, it can bulge or break open. When this occurs, you have a herniated, slipped, or ruptured disc.

Herniated discs can impact any area of your spine, but they’re most common in the neck and lower back.

What causes a herniated disc?

You can develop a herniated disc for several reasons, but they’re usually the result of aging and injury.

When you grow older, your rubbery discs begin to wear out and lose their flexibility. These changes leave them more vulnerable to damage and injury. This means that you can injure a disc by performing simple, physical movements, like bending or twisting. These movements can cause the tough outer layer of your disc to crack so its soft center can leak out.

What are the symptoms of a herniated disc?

Some herniated discs only cause a few or mild symptoms. However, if your herniated disc bulges against nerve roots in the area, they can trigger several uncomfortable symptoms.

The most common signs you have a herniated disc include:

In most cases, physical actions, like sneezing or coughing, increase your pain no matter where your herniated disc is. Sometimes, a herniated disc can also lead to other back problems, like spinal stenosis.

How is a herniated disc treated?

The experienced team at Interventional Pain Center outlines a treatment strategy for your herniated disc based on the area of your spine affected and the severity of your symptoms.